According to an article which appeared in the Australian Financial Review on 10 March 2016, Bupa surpassed Medibank Private for the year ended 31 December 2015, with premium revenue of $6.142 billion, up 7.3%. Medibank's premium revenue was $6.072 billion, up 4.8%. It is clear that health insurers are cashing in on poor extras cover, a movement that has spiralled out of control throughout the past decade. Enough is enough! It's time to take action and stop these insurers cashing in on your premium pain. This month we review the recent article published in CHOICE magazine that uncovers what is really happening in the multibillion dollar industry of 'health' insurance. 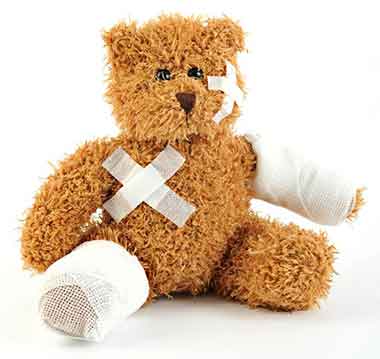 CHOICE are the leading consumer advocacy group in Australia. Independent and member-funded, CHOICE exists to ensure that Australian consumers, like you, get a fair go. Following the Federal Government's announcement of this year's 5.59% private health insurance average price increase; CHOICE is encouraging consumers to consider dropping their extras insurance unless they are confident of receiving more in benefits than they are paying in premiums.1

Consumer Pulse surveys conducted late last year found that health and medical costs were one of the top cost-of-living concerns for Australian consumers. It's no wonder when the Federal Government's decision to sign off the latest premium increase will see consumers slugged with a 48.3% cumulative increase since 2009. To rub salt in the wound, MediBank announced a 58% jump in net profit two weeks before the announcement.1

Medibank now pays out 83 cents in the dollar, which is less than its previous 87 cents per dollar. In other words, it is creaming money from the top. Since it pays out more in hospital cover and less in extras, it is inevitable that dental patients and their dentists are getting a rough deal from Medibank Private.

Australians are paying $6.142 billion to Bupa, which reported a pre-tax margin of 8.8% for its Australian and New Zealand business, i.e. $540 million. That's profit after administrative costs, including their lavish marketing campaingns. It is pleased it can remit a hefty profit to its London headquarters from its Australian policyholders. Since what Bupa provides can be provided by a number of Australian mutual health funds, it makes little sense to belong to a fund which remits its profits to London.1

Taken in conjunction with the other facts we know about health insurance, it's clear that most Australian consumers would be significantly better off dropping extras cover entirely and maintaining hospital cover only, and doing so with a small not for profit or mutual fund, which ultimately will return its revenue, less expenses, to policyholders in the form of benefits.

CHOICE Head of Media Tom Godfrey says that "in the wake of the price hike, you should also ask yourself why you have private health insurance. Is it for tax purposes or planned hospital visits, emergencies or dental and optical expenses? Knowing what you want from your cover can save you a lot of money."2

Mr Godfrey gives some great advice in the article and urges consumers to "get on the phone and ask for a claims statement." He says you need to find out if you're paying more to your health insurance fund than you're getting back in benefits for extras services such as going to the dentist. "If the statement shows you paid more in premiums than you received in benefits, you can save a lot of money by dropping extras cover and paying the full cost of a massage or a visit to the dentist or optometrist yourself—if the budget is in the red, it's time to cut your cover," says Godfrey.2

It's also important to know that the government's Medicare Levy Surcharge (MLS) and the Lifetime Health Cover (LHC) loading only apply if you don't have private hospital insurance—you don't need extras also to avoid the charges.

CHOICE summarised their research into some helpful insurance saving tips:
Consider increasing your excess level to $1000 per year for a family. With many funds and policies the premium discount is so large that even if you needed go to hospital once every three years, you'd still come out on top;

At Bite Dental we refuse to be dictated by the insurance bullies that don't care about your health—despite what their appealing and clever marketing campaigns would suggest. We understand that costs are a concern for all of us. That's why we try to be a flexible as possible for our patients in relation to payments and can structure plans for individual needs if necessary.

If this a concern of yours, ask Lyn-Maree about our payment plans at your next visit. We care about your health and will tailor your care to your needs.

If you would like to read more on this issue, visit the ADA website at http://www.ada.org.au/phi_facts/phifacts_.aspx where there are some very helpful resources on the matter.